The Game has come a long way since my last post. In a about a week I have done most of the main menu, finished taking photos, saving them to disk, finding out what subjects were captured, reading the quality of the photo and serializing the relevant game info. I have also start constructing the first world "Bidwell Park". Everything is being done with mobile hardware in mind which is the biggest challenge for me. It's hard not to place the nice looking reflective water but in the end its all about performance. I've uploaded a video of my progress so far. Please note that the light maps are not baked in this demo so the lighting is very off.

I've started a repository for my scripts if you want to see them, I'll be uploading everything with a delay of a  few days:

My favorite part of this project so far was choosing how to grade photos. I first started fiddling with some way to judge the photo based on where the subject was in the picture by doing a bunch of vector math. I originally wanted to get the user to try to use good composition and the rule of thirds with their photos but I ended up going with something simpler. Photos are awarded more points if the subject is centered ( 20 degrees or so away from the center) and how close the subject is to the camera (judged by the magnitude of a vector shot towards the target. For now this is all I'll do to grade the photo but I may change my mind in the future. 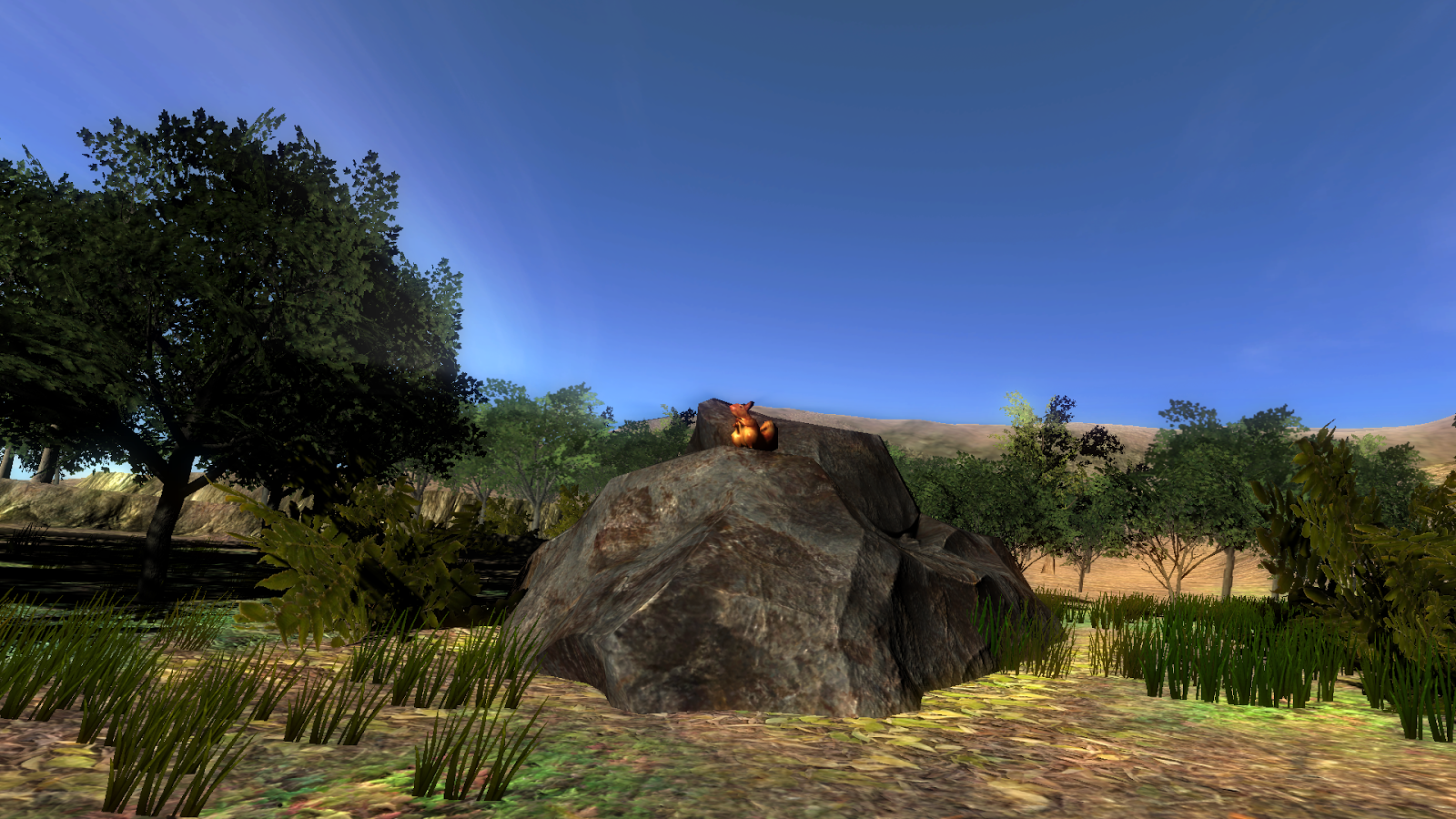 A "SnapShot" taken from the game


Finding if a "Target" was in the photo was also interesting. I originally just used Renderer.isVisible() but this does not take into account something being behind another object even if its in a camera's view port. What I ended up doing was looking at each subject that was visible, and then fired a raycast at it. If it hits, it counts as being captured. The result is if the target is obscured enough the ray may not hit it, but I'm going to play this off as "You need a clear shot" to get points for capturing a subject. Once again this is also subject to change later.

So far so good, the next things on my list to implement are the photo album, the ability to delete snaps from the game, animal AI, and finish building "Bidwell Park". Some people have requested the ability to "zoom" but since I'm building this for mobile I want it to work with only one button, maybe I could use voice commands or something, I guess we'll see.

Posted by Anthony Graceffa at 1:38 AM